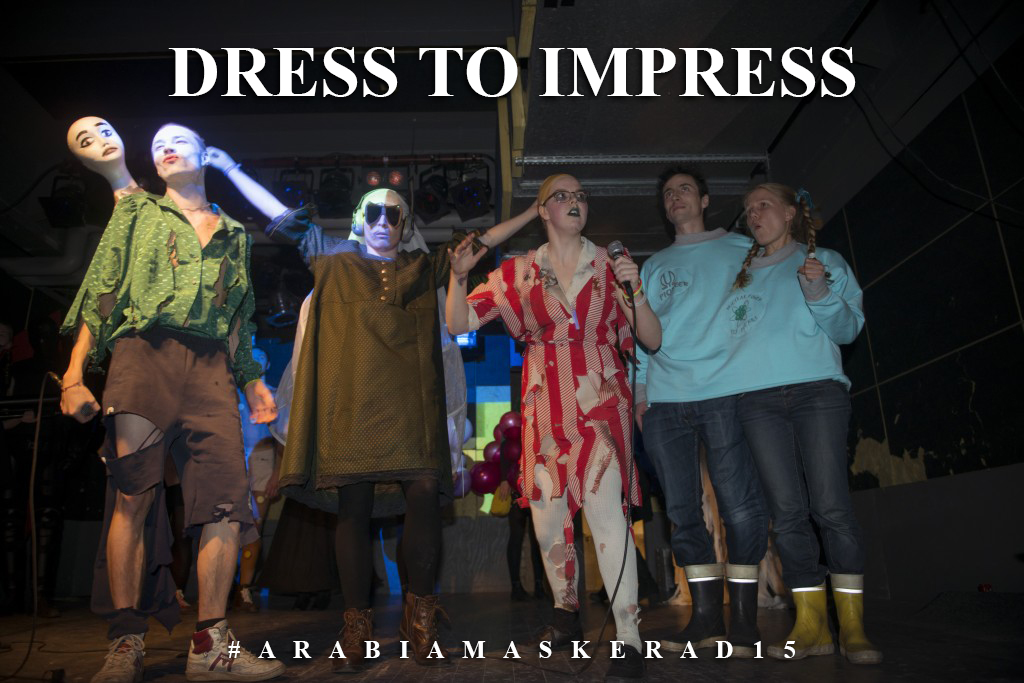 Arabia Maskerad isn’t just TOKYOs birthday party, but also Finland’s biggest masquerade. And what a masquerade it is! With our hands on our hearts we can assure you that you certainly don’t have any given need to worry that you would be the only one that’s dressed to impress.

In the second part of our article series we take a closer look at the costume competition. The first part, that was about scenery of Maskerad, can be found here.

Roughly 95% of Maskerad guests dress according to each year’s theme. The range of outfits is wide. Some visitors go desperately through their own and friends’ wardrobes on the same day with the event to find something to wear. The other part puts a little more to the game with either reputation, honor, the Grand Prize or all of the mentioned above in mind.

The best outfits will be rewarded in the annual costume contest, which is the highlight of the evening for many. The choice of the winner has traditionally been difficult, because the normally there are couple of more than one or two impressive costumes.

Our investigative journalism team interviewed couple of costume competition troupers and, according to them, instead of sugar, cinnamon or money the main ingredients of victorious costumes are imagination and love for the sport. “We study arts and crafts, so a good starting point could be that the costume has to be self-made” says one of the winners of previous years, anonymous by one’s own request, “In fact, I’ve been doing some parts of my outfits as coursework. There are a lot of good facilities in our school, it’s always good to take some advantage out of it“.

So, buying a ready made apparel is permitted and okay, but with them there is no way to become a part of TOKYOs living tradition of word of mouth. In addition to tangible prizes the epic outfits of costume competition will also receive some serious eternal glory. Maybe you’ve, for example,  heard about the stunning Alien-outfit that won in Retro Sci-fi themed Arabia Maskerad 2011?

The legendary costumes move somewhere in between skillful technical implementation and ingenious ideas. Emphasis depends on which outfit we’re talking about. In addition to the award-winning costumes there’s always the small, but even more inventive gang of people who do their best to navigate with the same outfit year after year. “The most important thing is that the costume feels like your own“, says one of the winners.

This year the competition takes place at 23:00. Two out of three interviewed Maskerad troops hadn’t yet figured out what they’re gonna wear in the party, so basically there is a fair chance to still step in and win!